The Lushness of Norway

I have been to many countries in Europe and really never imagined I'd be going to Norway. But, after traveling there, I'm really happy I did. Norway can be described in many words...lush, green, cold, quaint, beautiful, and above all else....Expensive! Of all the countries I've visited in the world, Norway was definitely the most expensive one. I guess not being part of the European Union has helped the country because it seems like they are doing just fine when all the other European countries are going downhill. Everything, from food to clothes to just about everything else, cost about three to four times more than there in the states. One ordinary carry-out veggie pizza was $46, need I say more?

I was very surprised to see so many foreigners living in Oslo. I really didn't expect that. I can honestly say that I saw more immigrants, from all parts of the world, than I did Norwegians in Oslo. I saw a lot more women wearing the hijab than I have ever seen in Los Angeles. Which was a huge surprise for me. Apparently, the ban in France has motivated Muslim women in other European countries to adopt the hijab.

Once again, traveling to Europe, I absolutely loved the public transportation system, something that is hugely lacking in Southern California. It is extremely convenient. No one ever has to own or drive a car to get around. Public transportation is practically at your doorstep and will get you anywhere you need to go. In Norway it was called the T-bane and we used it to get to the city center many times throughout our trip. Which brings me to my next point...People actually walking instead of becoming immobile. Before I went to Norway, I was at a very large convention called ISNA and one of the speakers there was talking about the obesity problem in America. He pointed out that people are becoming like balloons here and it looks like we are competing to become blimps. It made me laugh but I realized how true it was when I got to Norway. He said that people must walk at least 10,000 steps every day to stay healthy. While in Norway I realized how immobile we really are in America, especially Los Angeles. We drive our cars everywhere. Once in a while when I do decide to walk to the corner shopping center, I get people staring at me like I'm crazy. I know that other parts of the country are better at walking, but we need urgent help in Southern California. Maybe if public transportation improves, people will feel less inclined to drive their cars everywhere, which would force them to walk a little more.

While in Norway, we traveled to Lillehammer, the host city for the 1994 Winter Olympics. It was absolutely gorgeous. The air was crisp clean and the views were astounding. Being a giant fan of water, I loved the rivers and lakes the city had to offer, in addition to more greenery than I have seen in all my life. I hear that the West part of Norway is where all the scenery actually lies, but we didn't get a chanBelow is a picture from Lillehammer... 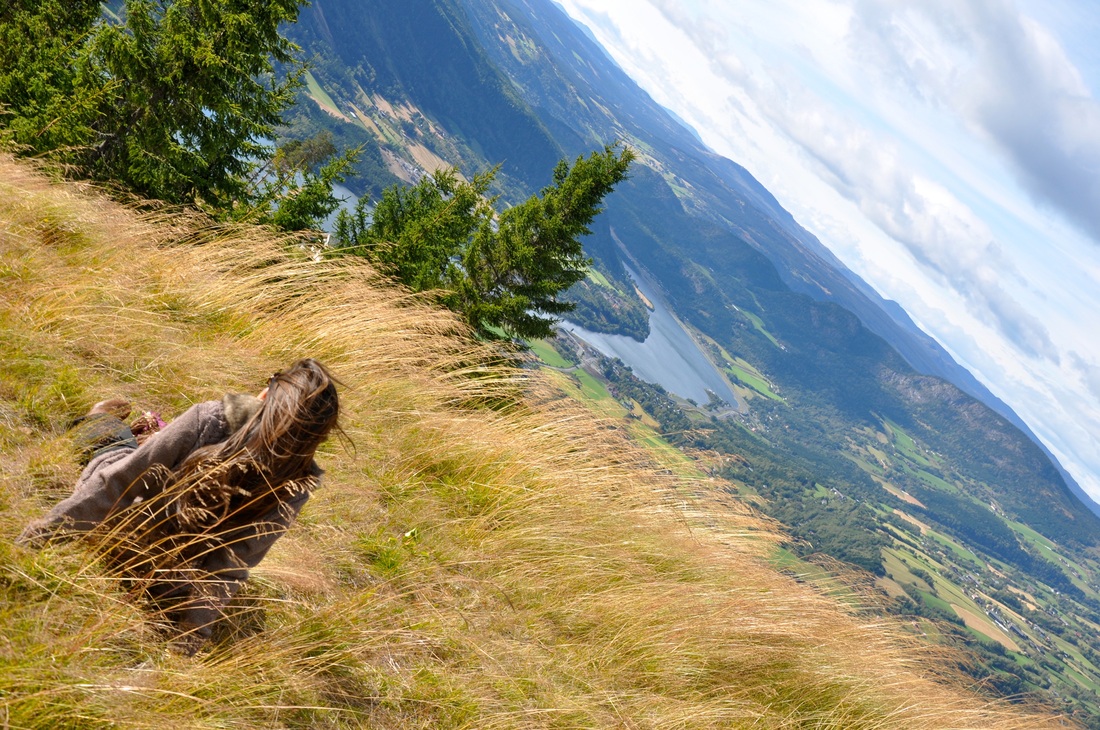 On our flight back, we flew over Greenland and let me just sum it up in one word...Remarkable! It was covered in beautiful plush white snow. Every inch of it. Wow!

Until next time....safe travels!
Posted by Homaira Shifa at 4:38 PM